The Good, the Bad, and the Productivity Killer / Digital Information World

It’s hard to imagine a life without social media. In the past decade, social media has become an integral part of our lives. We use it to keep in touch with friends and family, stay up-to-date on current events, and learn about new products and services. But is social media really all that great? Or are there some hidden dangers that we need to be aware of? In this blog post, we will look at the good, the bad, and the productivity killer of social media.
The Good

Let’s start with some positive aspects of social media. According to the Passport Photo Online’s “Scrolling Social Media for Dopamine” study, even 80% of surveyed Americans feel good about social platforms. That’s a pretty surprising result when we consider the fact that social media has been linked to anxiety, low self-esteem, and depression.

But why do so many people feel good about using social media? The main reason is their function of connecting us with others (40% of surveyed pointed that out). Social media allows us to stay in touch with friends and family, even if they live far away or we don’t have the time for a face-to-face visit. Four out of ten surveyed indicated this as the primary reason for their positive attitudes towards Facebook, Instagram, and other social platforms.

Other advantages of social media include: 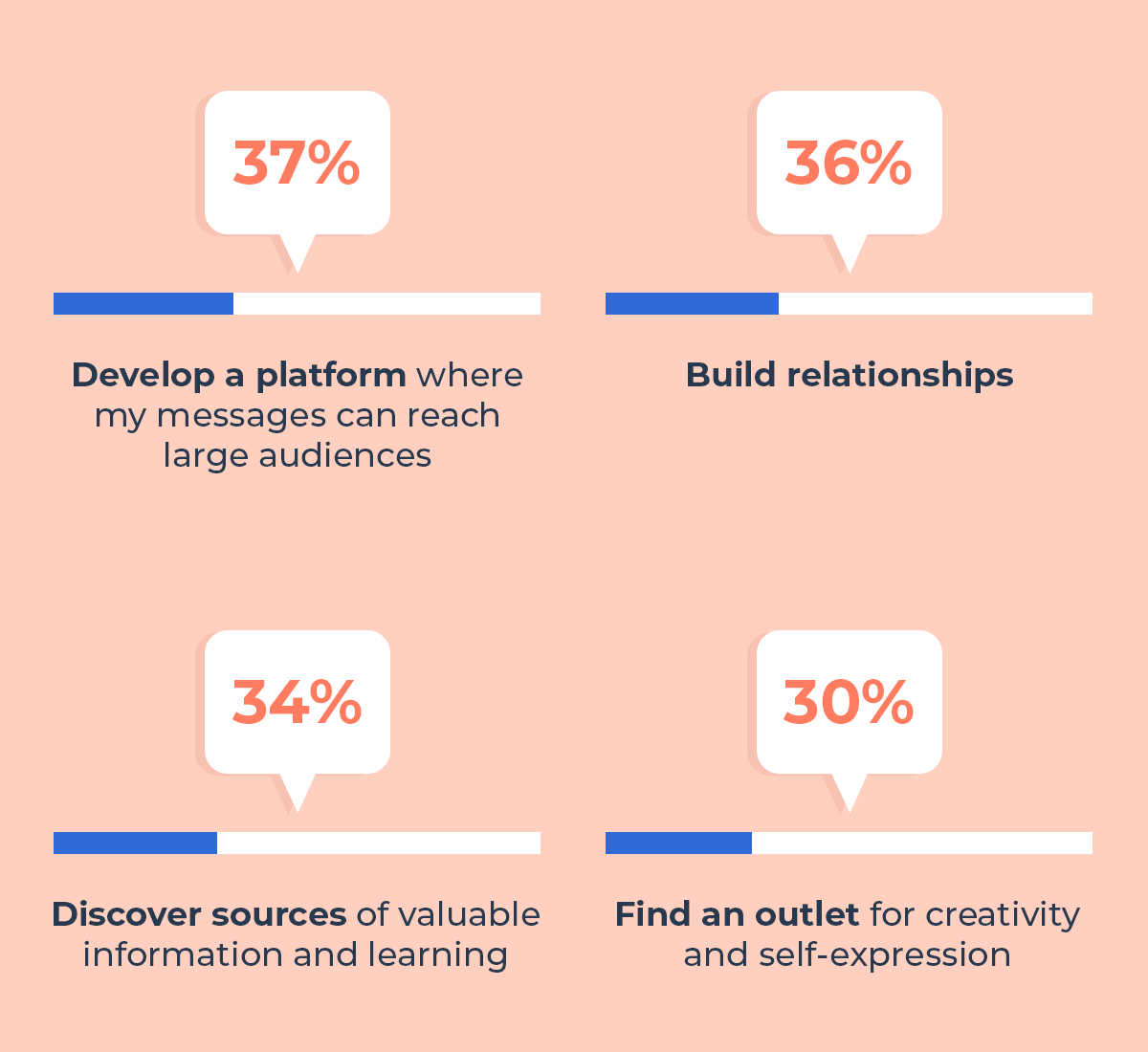 All right, let’s jump into the side effects of social media use.

Perhaps the most obvious negative aspect is addiction. Social media releases dopamine, the same hormone that is activated by other addictive behaviors like substance abuse and gambling. In fact, the above mentioned study found that even 84% of Americans find social media addictive. Not strong enough? So what would you say if you knew that 31% of Americans would spend between $5,001 and $10,000+ to quit social media for just one year? Quite shocking, isn’t it?

But addiction isn’t the only issue. Social media has also been linked to decreased face-to-face communication skills, depression and anxiety, low self-esteem, and distracting behavior.

One of the reasons for these negative effects is the constant comparison that social media fosters. It’s easy to compare ourselves to others on social media and feel lacking in some way. Even 68% of surveyed people agree or strongly agree that social media has made them jealous of other people’s lives (sic!).

We also shouldn’t forget about the phenomenon of reducing our attention span. The constant barrage of notifications and the ability to quickly switch from one task to another may be harming our ability to focus on one thing at a time. In fact, even 70% of people blame social media for reducing their attention span.

Now, let’s talk about how social media can affect our productivity at work. Social media can be a major distraction, and it’s easy to get sucked into the never-ending scroll of feeds and notifications. In fact, one study found that people who are heavy social media users experience higher levels of procrastination at work.

But is it really that wrong to scroll your Instagram from time to time while working? After all, 86% of American workers use social media on their jobs.

The problem is that it can become a slippery slope. What starts as a quick check of notifications can turn into hours of lost productivity, and this impact on efficiency adds up over time.

Let’s take a look at the hard data and check how much time employees spend on social media sites daily: 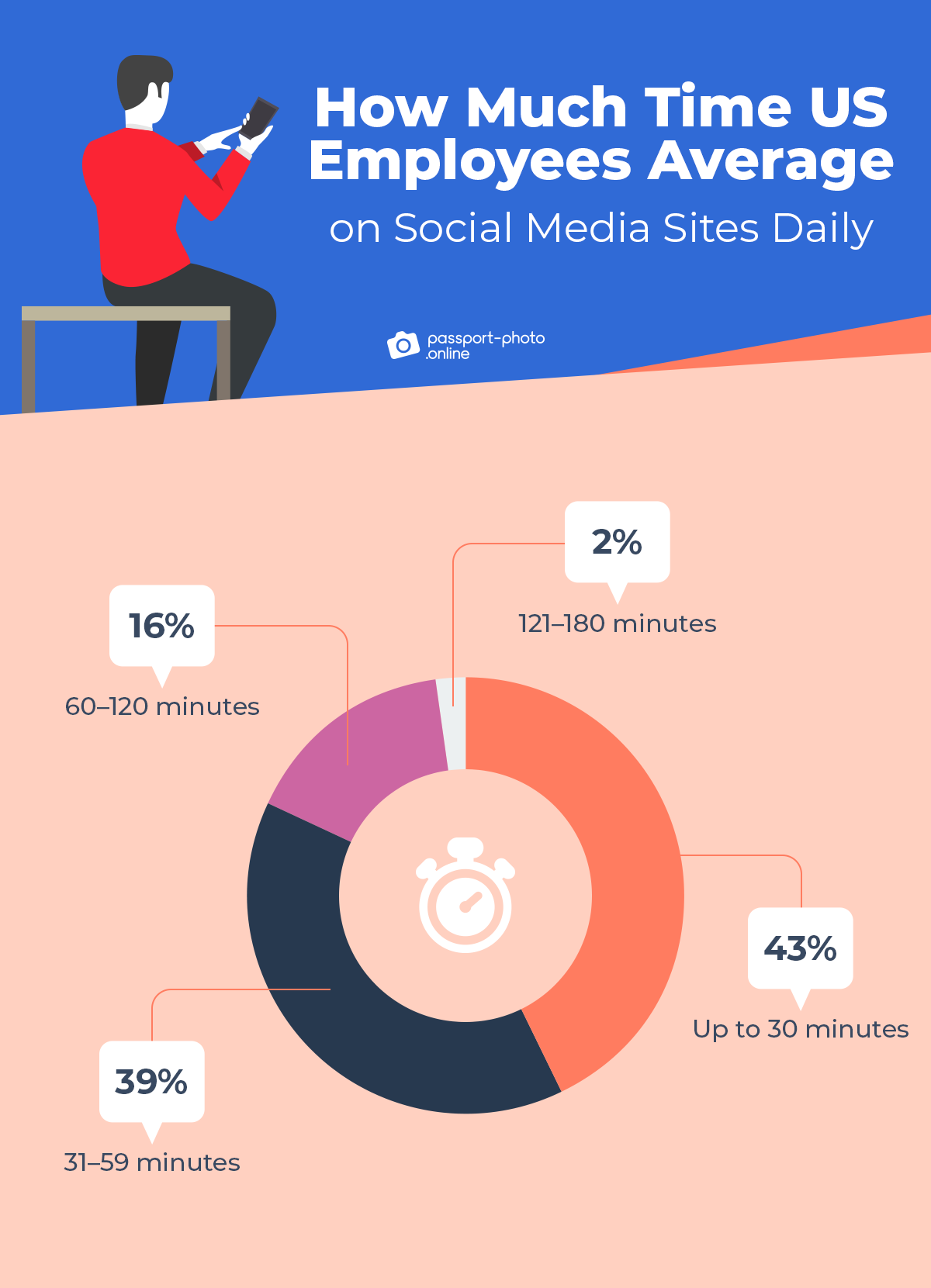 Remember that from a company’s perspective, each employee is an asset. The time they spend on social media during work hours is time not spent on their job responsibilities, and this can lead to lower productivity and profits.

One more important question: is remote work more susceptible to the negative impacts of social media usage? The answer is not so obvious because 38% of remote workers claim they spend the same amount of time since switching to work from home, 37% admit to spending more time on social media, and 22% spend less.

So what can we do about it? It’s important to set boundaries for ourselves with social media, especially at work. This could mean limiting the amount of time spent on it during work hours or taking occasional breaks to check notifications instead of constantly refreshing feeds. It’s also important to be conscious of the impact that social media can have on our mental health and to take breaks from it as needed.

Social media is like a knife or nuclear technology: it can be used for good or bad. It can connect us with others and offer outlets for creativity and self-expression, but it also fosters addiction, decreased face-to-face communication skills, and distractions at work. As always, it’s important to use social media in moderation and be mindful of how it affects our mental health and productivity.

Read next: What Country Has the Highest Carbon Emissions?